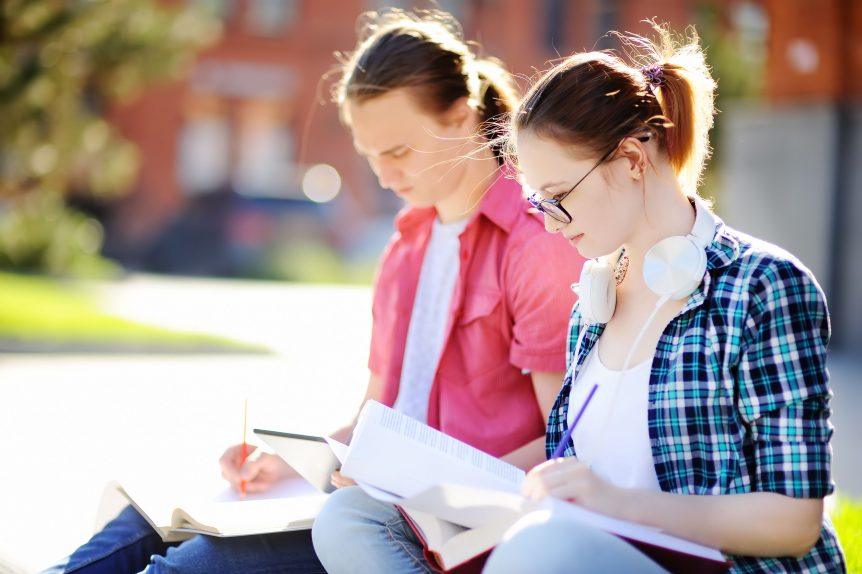 In 2007, Congress created a program for student loan forgiveness. The lawmakers hoped the program would bring more people to lower paying careers with a promise that after 10 years, if the students were able to pay their student loan debt and pursue the chosen career, the remaining balance of their student loans would be written off.

However, many of the graduates who borrowed have had a shock to their system when their applications for this relief were denied. Especially surprising since tens of thousands of them were led to believe they would indeed qualify for this relief effort by their student loan servicers.

There is widespread blame for this glaring misunderstanding. For instance, the loan servicers who didn’t inform their borrowers of what they needed to do in order to qualify for this relief program. One company in charge of the program has even been repeatedly cited for their terrible service, mismanagement and poor record keeping. Another party to blame are the lawmakers who wrote the list of requirements, referred to as baffling by some. And finally, the Education Department can be held responsible for not stepping in to correct the problems as they continued to pile up.

Kelly Finlaw is one such student affected by the breakdown in this dysfunctional program. She explained her decade of dreaming about small purchases she wished she could make. These were not extravagant things; rather, she dreamed of things like a shower head that worked well and coffee from an actual coffee shop. Maybe one day, even an apartment she could own instead of forever renting, hopefully near the school where she worked in New York. She was under the impression that all of these things were in reach – she just had to wait for the federal government to write off her debt.

She looked forward to the day her student loan debt would be forgiven, calling it a “light at the end of the tunnel.” Sadly, she said “the light at the end of the tunnel went dark” after receiving a letter in October 2017. It was a letter she’d looked forward to for a long time, but instead of giving her the relief she longed for, she found out the Education Department said her loans didn’t qualify for the student debt relief program.

It turns out that fewer than 1% of student debt borrowers who have applied for the Public Service Loan Forgiveness program have been deemed eligible. And because of the widespread disappointment, lawsuits are popping up frequently.

At a recent hearing on the program, Representative Robert C. Scott, a Democrat of Virginia and the chairman of the House Education Committee, expressed his frustration and confusion.

“We didn’t create a puzzle or a content,” Representative Scott said. “The odds of somebody getting through the process - they’d be better off buying lottery tickets.

There are more than 80,000 working professionals with the same story as Ms. Finlaw. They have been denied relief they believe they were promised because of the mistakes of government officials, rules that are too complex, and poor management. When the first deadline for applications passed in 2017, fewer than 1% of the 28,000 people that applied received anything. And although Congress tried to create a rushed emergency fund to fix the problem in 2018, it still showed a rejection rate of about 99%.

Despite the outcry against these statistics, the Education Department continues to say they are carrying out the law as it was written. Unfortunately, it seems to have been written with complicated requirements that both borrowers and lenders seem to struggle to understand. In the mess, it appears that many borrowers have been rejected because they didn’t enroll in a loan or repayment plan that qualified, despite their profession itself qualifying, according to government auditors. And, like Ms. Finlaw, many weren’t aware they didn’t qualify until they received a rejection letter.

There are some criticizing the Education Department for not making enough of an effort to improve or fix what is in their control. Additionally, lawsuits and government audits have found that the single loan servicer who was hired by the Education Department to manage the program hasn’t faced any consequences. In spite of the controversy, the servicer, the Pennsylvania Higher Education Assistance Agency, was paid $1.3 billion over the last decade.

Randi Weingarten, president of the American Federation of Teacher, sued the Education Department. “In government, you’re actually supposed to solve problems,” Weingarten said. “And when you see that less than 1% approval rating, that should be a four-alarm fire.” In November 2019, 21 attorneys general filed a brief supporting the union’s position, including those on both sides of the aisle.

Signs of trouble have been noted in government records for years. The Pennsylvania Higher Education Assistance Agency, doing business as FedLoan, had difficulty tracking qualifying monthly payments. This was found in quarterly reviews back in 2015 and 2016 by the Education Department. In the following quarters, at least 23% of the accounts examined had errors.

Even in 2017, audits found there were still problems in the accuracy of counting loan payments and that they had told some borrowers they were on track to receive the debt relief by mistake. House Democrats argued in late 2019 that, even with so many errors in operation, the department still did little to correct the problems.

Internal Education Department records surfaced through public records requests that showed confusion at the Education Department and the loan servicer, questioning whether some employers qualified for the program. And instead of helping those who were victims of the confusion, borrowers were left with the debt they thought would be forgiven.

For example, an employee of a New York health insurer was told in October 2017 that their job qualified as public service work. In 2017, the decision was reversed by the Education Department, shown in email records. Another group of borrowers was similarly affected by a reversal and in 2019 a federal judge ruled in their favor.

The Education Department has made a point to identify the efforts they are making. There is a planned overhaul of the agency’s loan servicing system, called the “Next Gen” project, which they say will afford them better oversight. And in late 2019, education secretary Betsy Devos called executives from loan servicers in for the first of quarterly performance standards meetings.

Angela Morabito, a department spokeswoman, said, “When servicers fail, we fail, and our customers deserve more.”

Other Education Department officials have communicated to Congress that they launched an information and outreach campaign intended to better inform borrowers of the program requirements. They reportedly also sent the Pennsylvania Higher Education Assistance Agency a written warning in April 2019 stating their call center performance was “wholly unacceptable.”

The loan servicer has responded to the complicated mess. Their spokesman Keith New said he “believes in” the program and “works tirelessly to help borrowers navigate the program’s complexities.” He continued, saying the agency “services the program in accordance with program rules and federal law.” But under that web of rules, there are some who now expect to live with their debt the rest of their lives.

Even those who live within their means can find paying their tens of thousands of dollars of student loan debt a daunting task. Ms. Finlaw didn’t have the luxury of family help and had no other choice - to pursue her dream career, she would need loans. She borrowed around $90,000 in total to graduate and became the first in her family to earn a college degree.

However, she then had to start paying that huge number down. She was vigilant and always made her payments and always provided the documentation that she was a teacher. She was continually told she was on track to qualify for the loan forgiveness program. In the spring of 2017, she was told by her servicer, Nelnet, that she was eligible to apply for the program and she did so.

And then, her loan was transferred to the Pennsylvania Higher Education Assistance Agency. They took charge of the process from there and weeks later, she was turned down for the program. The reason, according to the Education Department, was that some of her undergraduate student loans were the wrong kind. This was the first she’d heard of a possible problem.

Nelnet told her she could reconsolidate her debt so all her outstanding loans would qualify. She did so, and with the reconsolidation, the 10-year countdown started over.

Despite the frustration and broken promises, Ms. Finlaw doesn’t regret her choices.

“I would do it again if it meant that at 3:05 p.m. every Friday, I can stand in my classroom and sweep my floor, with a great week behind me and another one ahead,” she said. “I am not the one that asked for this program. I didn’t dream it up. Someone promised it. All I did was believe it was real.”

When the program was originally created in 2007, Congress decided to limit eligibility to only borrowers with “direct loans” in order to keep costs down. Those direct loans were issued by the Education Department. However, a far greater number of student loan borrowers had bank loans that were subsidized by the Federal Family Education Loan program.

That program was eliminated in 2010. Then, Congress made all new federal student loans direct from the government. At that point, there were suddenly many more borrowers who would qualify for loan forgiveness than they initially expected, but many servicers didn’t explain that they would have to consolidate their debt into a new direct loan to qualify.

Another way to limit eligibility was to require borrowers to pay their loans back in a certain way that was tied to their income. All the other options of paying back loans were not eligible, and once again, borrowers were left in the dark.

A new program was created in 2018 to try and mend the broken trust. Congress created the Temporary Expanded Public Service Loan Forgiveness program which started with a $350 million budget, later doubled, to allow borrowers whose applications were rejected to be reconsidered. This new program opened up the options for repayment plans but is still only available for direct loan borrowers, once again leaving tens of thousands of applicants frustrated and rejected. With the new program came another requirement: The only borrowers eligible for loan forgiveness would be those who recently made loan payments for at least as much as they would have owed on an income-linked plan.

The Education Department also added more requirements to complicate the mess, according to a report from the  Government Accountability Office in September 2019. Now, borrowers must start their request through email and submit a separate application for the original program - even if they knew it wouldn’t be approved - before possibly being considered for the new temporary program.

As of December 2019, only 656 people had their loans forgiven, with a total of $27 million. That comes out to less than 4% of the allotted money from Congress.

Another disheartened college graduate, Ashley Waddell has spent her career working for nonprofit organizations. She said she was hopeful the new program would help when she received her rejection letter for the original program. After spending years paying back her loan but using the wrong payment plan, she found out again in November 2019 that she wasn’t eligible. She points out what many may be thinking.

She said, “it almost seems, like by design, they’ve engineered a way to claim that they have a plan in place without actually offering anybody any relief.”