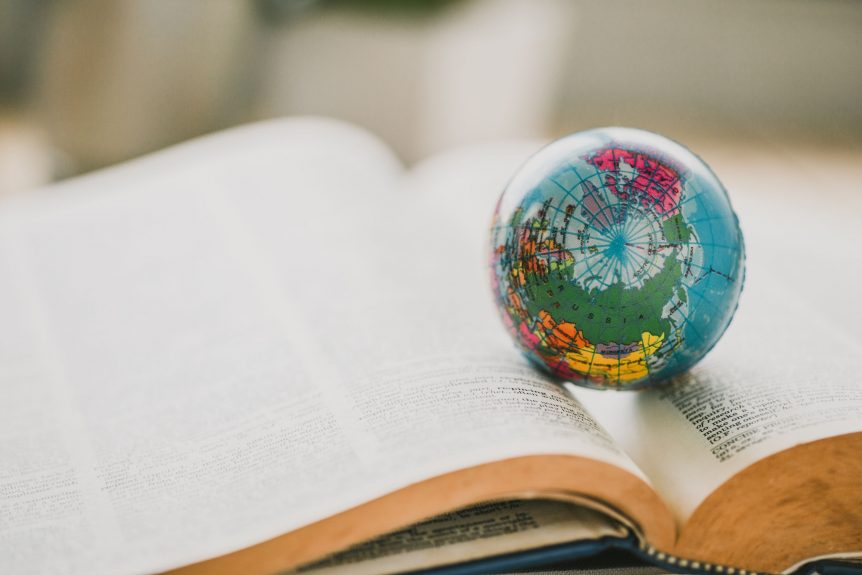 As high school seniors look forward to graduation, their opportunities seem endless. And more often they are finding their higher education opportunities overseas.

Instead of studying abroad for a portion of their studies, about 50,000 U.S. students chose to pursue their full degree in another country, as of November 2019. The Institute of International Education reports that a little more than half of those 50,000 are studying in the U.K. and Canada.

The co-founder of Princeton College Consulting, Benjamin Caldarelli, said he helps a number of students attend college outside the U.S. and that we will continue to see this more often.

One advantage, along with the draw of a foreign land and culture, is the cost.

American higher education costs have continued to rise significantly for decades and now a college education is likely the second largest expense a person will make in their lifetime. It’s second only to purchasing a home.

In the last decade alone, tuition and fees of a college education increased about 44% at four-year private colleges and about 55% at public four-year institutions.

The average, according to the College Board, for a four-year private college is about $35,830 in the 2018-19 school year. In-state public colleges averaged about $10,230, and neither of these numbers include room and board or other expenses.

Because of the rising costs, many are turning to student loan debt to cover their college expenses. Data from the Institute for College Access and Success shows that 7 in 10 college students graduate with loans with the average total loan amount coming in at $30,000 per borrowing student.

With student loans becoming more commonly used and the average balances going up, the U.S. student loan balance has reached a record $1.6 trillion in outstanding loans - and growing.

Luckily, this isn’t the case everywhere.

For example, in France and Switzerland, colleges offer low tuition and that means a small percentage of their students graduate with loans. And in countries like Germany and Sweden, students can achieve a college education entirely free of cost.

Because of the impact student loan debt can have on a person’s individual and family future, the savings from attending a university overseas is important to consider. This is especially true as college degrees become more and more important.

Robert Franek, editor-in-chief of The Princeton Review, offers up the following question: “Is cost causing students and their families to vote with their feet? That question is coming up more and more.”

While the lower tuition costs are hugely tempting for some students, determining the cost of attending college abroad involves other costs as well, like fluctuating currency rates, international student fees, and the cost of living.

Franek also states that U.S. financial aid may not be accepted at some schools.

“There are a host of international schools that will honor your financial aid - others don’t.”

For students interested in using U.S. financial aid while attending an international school, the Department of Education can provide the information on the colleges and universities where Americans can apply for federal aid.

Another consideration for students looking to study abroad are visas. Students will need a visa in many countries to study there, although requirements are different from one place to another. It’s also important to note these requirements because, in some cases, applicants must show proof that they can pay the tuition and associated costs as part of the application process.

One cost that international study brings to the table is travel. To have a visit, families would need to expect to spend more on the travel costs. And while that would be a cost related to a student’s college education, it wouldn’t be covered by a 529 college savings plan.

And while the extra costs many give a family pause, they often won’t deter many interested students given the huge difference in tuition costs. Mark Kantrowitz, publisher of SavingForCollege.com said “even when you add in the cost of traveling overseas, it can be less expensive than a private college in the U.S. and sometimes it can be as prestigious, if not more prestigious.”

However, there are also practical considerations. For example, depending on the international institution and the degree program, a student may or may not have the option to study in English. Many offer their programs in English, but some don’t. If the desired degree program is offered in English, the student may find themselves feeling isolated if their classmates only speak the native language.

As a student and their family determine whether international study is the right move for them, Franek offers the assurance that there are American schools that can be as affordable and worth your time and money as the international schools.

“Just make sure that school is the right fit for you,” Franek said.

Calderelli points out that choosing to go to school internationally will be dictated by more than just the money.

“The calculus for an American student to go to a university abroad will always involve more than cost,” Caldarelli said. “How adventurous are you is the real thing.”