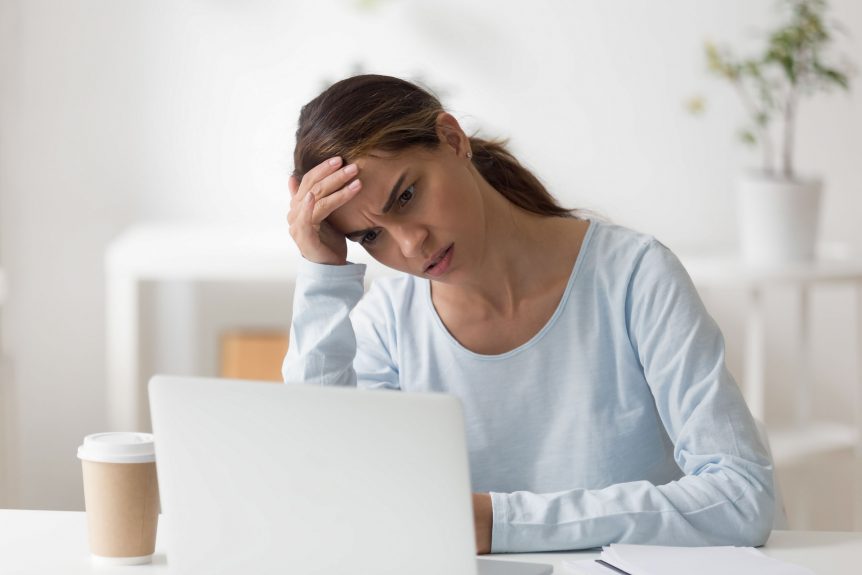 Jason Iuliano, a Villanova law professor, found in his research that at least a million student loan debtors have filed for bankruptcy in the past five years. Of those, a surprising 99.9% of them didn’t include their student loan debt in the bankruptcy filings.

Iuliano, inspired by his research, began the formation of a new startup with Rob Hunter called Reset Button. The pair is looking to help those with student loan debt who have experienced bankruptcy to find a new way to include their student loan debt in their filings.

Currently, the only way to include student loan debt in a bankruptcy filing is by pursuing litigation. And these cases have historically been less likely to settle out of court, meaning additional costs for attorneys and legal fees.

When it’s all added up, it’s likely that the cost to include student loan debt in a bankruptcy filing could be at least $10,000. If the case is in a person’s favor and they are able to include those outstanding student loans in a bankruptcy filing, that could mean trading possibly hundreds of thousands of dollars of debt for the $10,000-$15,000 to litigate. While this prospect is tempting, it’s important to note that those who are in the process of filing for bankruptcy are not likely to have a spare $10,000 to spend in court, especially when they may see no benefit from it.

It’s this flaw in the system that Rest Button is working to change.

At this point, Reset Button is working to help those who have already filed for bankruptcy and were told they couldn’t include their student loan debts in that filing. Reset Button has a network of litigation lawyers with experience in seeking student loan discharges.

When a new user finds Reset Button and signs up, they are first sent through an evaluation process. This collects the financial information and other important pieces of their case in order to assess whether or not their network of lawyers could proceed with litigation in order to discharge the new user’s outstanding student loans. The assessment is thorough and takes into account several factors, such as past legal cases that are similar or comparable to this one.

All this assessing is one of the reasons hiring a litigator can be so expensive to do on your own. It requires hours of research and work to find old account statements and bills, along with any other paperwork that might be pertinent to the case.

Instead, Reset Button connects the holder of the student loan with a qualified lawyer, making the process more automated for the attorneys and speeds up the process for the user.

Another way Reset Button is working to help those struggling with student loan debt after already filing for bankruptcy is by bringing the cost of litigation down. They charge either 12% or $10,000, whichever is lowest. They also allow users to pay that bill over time with $300 monthly installments.

One way Reset Button is able to set themselves up in this more accessible way is through a payment process called factoring. Reset Button buys the receivables from an attorney’s fees, then charges the user with their own payment plan. In return, they make money from the lawyers in their network who pay for the lead generation, the technology services and the marketing tool.

Although some criticism has been sounded against factoring as a payment system, Reset Button resolves the issues of raised prices because their system optimizes and simplifies the workflow for the attorneys.

For those debtors seeking to better understand how to navigate their finances, Reset Button also offers a Knowledge Base and resources. At this time, they do not yet offer any additional services like refinancing, debt consolidation or income-based payments, nor do they have any official partnerships. However, Hunter says the company has considered those as possibilities in their future.

One thing Reset Button is most proud of is the “Fresh Start” guarantee. They promise that, if the lawyer assigned to your case isn’t able to get your debt wiped, they will pay the legal fees, meaning the risk to the debtor is greatly reduced.

Luckily, there is some hope for student loan discharge litigation. Because the debtor must prove that they are in “undue hardship” and that has a built-in ambiguity, there is a wide level of variability among court circuits. Simply speaking, a debtor must prove they can’t pay back the loan, that this circumstance will not change down the line and that they have made an effort to pay.

Because of the guidelines surrounding this type of litigation, many of the few who do choose this option are met with disappointing results. But courts seem to be starting to change by opening up the interpretation of “undue hardship.”

John Rao, an attorney with the National Consumer Law Center, referred to a commonly used trope in these types of cases.

“There’s a phrase that gets used in these cases that I think perpetuates this myth, and that is to call it a ‘certainty of hopelessness’,” he said. “And it’s almost like, as long as you’re still alive and breathing, something could improve for you. That’s just an impossible burden. It’s basically saying you could win the lottery or something. That’s just not the standard I think Congress had in mind.”

In a 2015 case, Rao wrote to the courts arguing for a reevaluation of what “undue hardship” really means:

Rather than adopt one existing test over another, we urge this Court to provide a formulation of the undue hardship standard in simple terms, that restricts consideration of extraneous and inappropriate factors not consistent with the statutory language. A finding about whether a debtor’s hardship is likely to persist should be based on hard facts, not conjecture and unsubstantiated optimism.

And even more recently, a student loan borrower named Kevin Rosenberg was able to have more than $200,000 in student loan debt erased after a judge in the Southern District of New York ruled in his favor. In response, lenders will be appealing the case. But Judge Morris, who presided over the case, insisted that although “most people (bankruptcy professionals as well as lay individuals) believe it impossible to discharge student loans… [her] Court will not participate in perpetuating these myths.”

CEO and founder Rob Hunter echoed Judge Morris’ thoughts: “Society has been led to believe something for decades that is not true, which is probably the biggest initial challenge,” he said. “One of the unfortunate things is the reason that many consumers believe incorrect information is because a lawyer told them that. So, that is a bit of an uphill battle to swim against.”