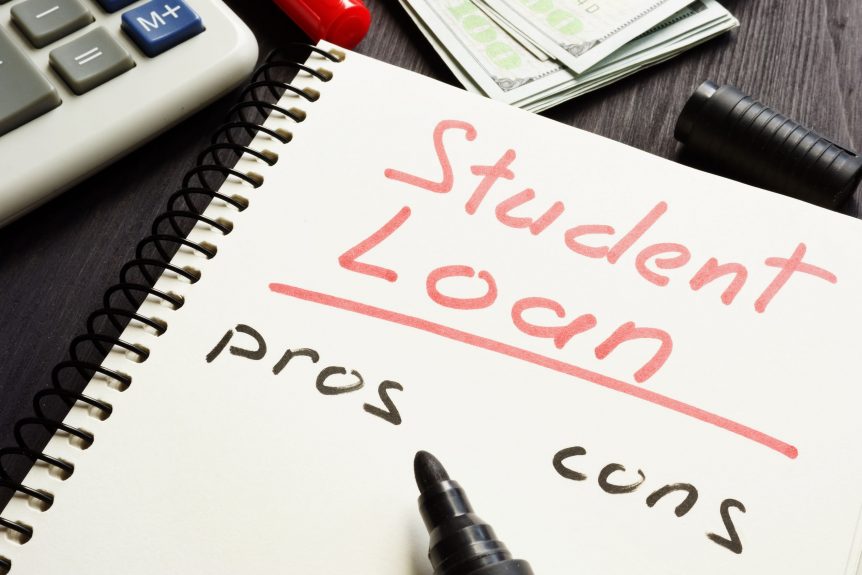 Student loan debt and the burden it places on college graduates throughout the country is becoming an issue on the minds of many. On both sides of the aisle, from a former Trump administration senior student-loan official calling the student-loan system “fundamentally broken” to charges filed against U.S. Secretary of Education Betsy DeVos and the Education Department for collecting loan payments from defrauded students, it’s a topic with a wide variety of discussions and plenty of concern.

And there’s good reason for the concern. The total U.S. student debt has roughly tripled since 2006. Approximately 43 million student loan borrowers carry some amount of debt, for a grand total of more than $1.6 trillion. One reason for that high price tag is the ever-increasing cost of higher education, which continues to be increasingly important in today’s global economy. Some college students are even factoring the amount of student loan debt they will have into deciding which career to choose. Sadly, until the cost of higher education is addressed and resolved, there will continue to be shortages of well-prepared and educated individuals in vital professions. This is especially true of positions in the public sector that pay less than other jobs in the private sector.

One such public sector that is suffering in all of this is teaching. In recent years, the profession has not only struggled with shortages, it’s also been battered by the high cost of education. More than two-thirds of those who choose to pursue a career in education wind up with an average student loan debt of around $20,000 for a bachelor’s degree and $50,000 for a master’s degree. Despite such high averages of student loan debt, teachers make on average about 30% less than their peers who have similar degrees. If they choose to work in high-need communities with less resources, it could be even less than that.

While stories of teacher shortages often focus on the low wages and lack of resources in schools - two issues that lie at the center of many teacher strikes - the shortages actually originate even earlier. The cost of becoming a qualified educator is staggering and there’s been a steady decline in students choosing education degrees. In fact, there was a drop of about 39% for undergraduate and post-baccalaureate enrollment from 2010 to 2017, leading to around 277,000 fewer education professionals in the workforce and classrooms.

Despite the high cost of the education training, high-quality preparation programs are pivotal to a teacher’s success in the classroom. These programs also lead to teachers remaining in their profession two to three times longer. But we are seeing more and more teachers coming to the classroom without training on emergency permits, or by using alternative routes. This alternative routes typically involve people learning how to teach while they are already teaching and studies are showing that these teachers are less effective with students and leave the education sector at higher rates, all of which harms our students’ academic progress.

Conversely, some countries are seeing a surplus of teachers. Finland, Singapore and Canada all generally have a deep pool of qualified educators, mostly due to the investment they make in their teachers before and during their careers. At a government expense, their teachers are provided with high-quality teacher education, often at a graduate level, and salaries that are comparable to other careers.

Hand in hand with our teacher shortage is a large gap in academic achievements and test scores. It seems that expert teachers are the best way to address this gap, but it’s this important resource that schools are often lacking. A side effect of the teacher shortages, many schools have to cancel courses, raise class sizers, or hire instructors who lack the background and training they need to be successful in teaching their subjects. Sadly, there also seems to be a racial bias. Schools with a large number of students of color are four-times more likely to have under qualified teachers, contributing to the gap in opportunities and achievement.

As seen in other countries, government involvement can play a large role in the success of a nation’s education. They can clear away the obstacles for those interested in teaching by making a point to address the affordability of higher education. Service scholarships and loan forgiveness programs appear to be the most effective supports for graduates. By rewarding a student for choosing a degree in a high-need field and dedicating their career to that field, it incentivizes motivated individuals to pursue these high-need professions and stick with them. These types of subsidies are common for professions in medicine, for example, to ensure an adequate number of doctors.

Some states are choosing to provide such incentives to foster a pool of diverse and well-prepared teachers. The North Carolina Teaching Fellows Program provides up to $8,250 every year for up to four years for students who choose to attend an approved North Carolina university. With that investment in the students, they simply ask that the students commit to teach in the state for at least four years. Another example is the Tennessee Minority Teaching Fellow Program, which is specifically designed to increase the number of teachers of color.

Aside from state grants that are becoming more common, there is some improvement on a federal level. The TEACH Grant Program authorizes scholarships of up to $4,000 per year for those undergraduate and graduate students pursuing and preparing for a career in teaching, specifically in high-need fields and high-need schools. In contrast to the Public Service Loan Forgiveness Program, the TEACH Grant Program provides higher education funding up-front to ease the burden that teachers in the beginning of their careers often feel while making loan payments.

These developments in how we support our educators appears to be having positive results. A 2018 analysis showed that 58% of TEACH Grant Recipients said the grant was “influential in their decision to pursue teaching in a high-need field at a high-need school.”

While these improvements to the higher education of teachers makes an impact, it can only be truly effective if the supporting awards are large enough to offset the significant cost of quality training, while also supporting students so they can complete their programs. Although college costs on every front are rising every year, the TEACH Grant Program award looks to be diminishing. In 2019, the annual award to qualified recipients was only $3,764, only about 20% of the average annual cost of a public university. Pell grants have also fallen, only covering around 28% of a public-college education. And in 2011, subsidized loans for graduate students were eliminated by Congress.

All these cuts create a two-steps-forward-one-step-back situation, leading to a steeper and steeper decline in our number of qualified teachers. Luckily, Congress has the chance to make another positive step forward as the House and Senate take up the reauthorization of the Higher Education Act (HEA), hopefully helping to bring in more candidates to the teaching field through the expansion of the size and reach of the TEACH Grants. There have also been recent proposals in the Senate which would strengthen the program and increase the grant. The House is following suit, considering a bill addressing administrative challenges within the TEACH Grant Program. However, that bill wouldn’t increase the award amount. These steps forward with the HEA are important in cultivating a qualified and full teaching force.

The goal of ending the teacher shortage is within our nation’s reach. If we are willing to invest in those people who are teaching our next generations, we can compete in the global economy and improve our children’s futures.