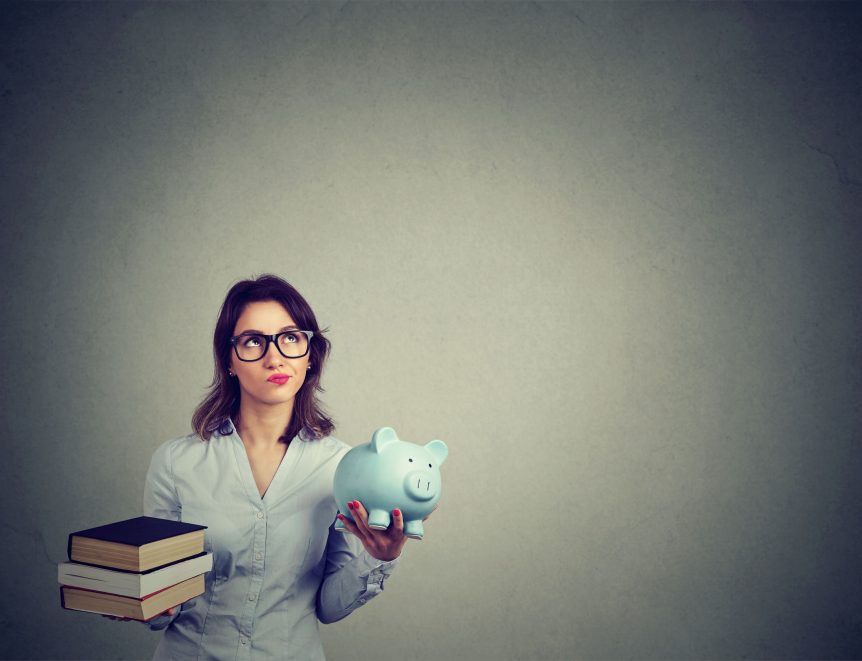 The cost of a college education has risen significantly in the past decade, and most students have student loan debt. In 2020, there is now over $1 trillion in student loan debt in the United States. That total includes not only students who just graduated but also loan borrowers who have been trying to pay off their student loans for over a decade. It takes an average of just over 19 years for student loan borrowers to finish their repayment. These numbers show the financial difficulty some students have when they are required to start making payments.

25% of the Population Has Student Loan Debt

One in four people in the U.S. has collected student loan debt over the duration of their college education. There are 171.3 million American adults between the aged of 20 and 59, and 44.7 million owe money to their student loan providers. The average student loan amount is $37,172 with an average loan payment of $393 per month. Student loan debt is the second largest consumer debt in the U.S., outnumbering both credit card debt and auto loan debt.

College students anticipate graduating college with a degree that will further their careers and set them up for success in life. Student loan borrowers leave college already in debt even before they buy a house or car. The average student loan debt equals a 20% down payment on a $185,000 home or a 10% down payment on a $370,000 home. There are many brand new vehicles that can be purchased for less that the average amount of student loan debt. You can also pay for a wedding, swimming pool, or startup costs for a business with less than it costs to pay off student loan debt. This means many graduates are forgoing the next stages in their lives like starting a family or their own business because of the debt they are trying to already repay. Student loan borrowers average $393 in monthly payments, which is 55% higher than when it was $227 in 2005.

A Lack of Financial Security

With the necessary costs of paying student loan debt comes the possibility of not being able to take care of financial emergencies. Home repair or a medical emergency could become a major issue because they can total thousands of dollars. This lack of financial security could be detrimental to physical and mental health, work performance, and relationships due to stress and uncertainty.

Falling Behind on Payments

Most student loan debt is owed to the federal government. Federal loans account for 81% of loans and 19% are private loans. There are three types of federal loans, including direct loans, Federal Family Education Loans, and indirect loans. About $1.05 trillion of student loan debt is in direct loans, which are provided directly by the U.S. Department of Education. Federal student loan payments are paid to loan servicers and not directly to the Department of Education. There are four servicers that handle most federal direct loans and Federal Family Education Loans. They are AES-PHEAA (FedLoan Servicing), Great Lakes, Nelnet, and Navient.

The average debt amount for common graduate degrees ranks highest for medicine and health sciences at $161,772, followed by law at $140,616. Master’s degrees in arts, education, science and business administration round out the top six.

On a positive note, there are now several states that help pay tuition for in-state students. Companies will sometimes offer to pay student loans as a perk of employment. And, there are bills introduced to Congress to make college more affordable.