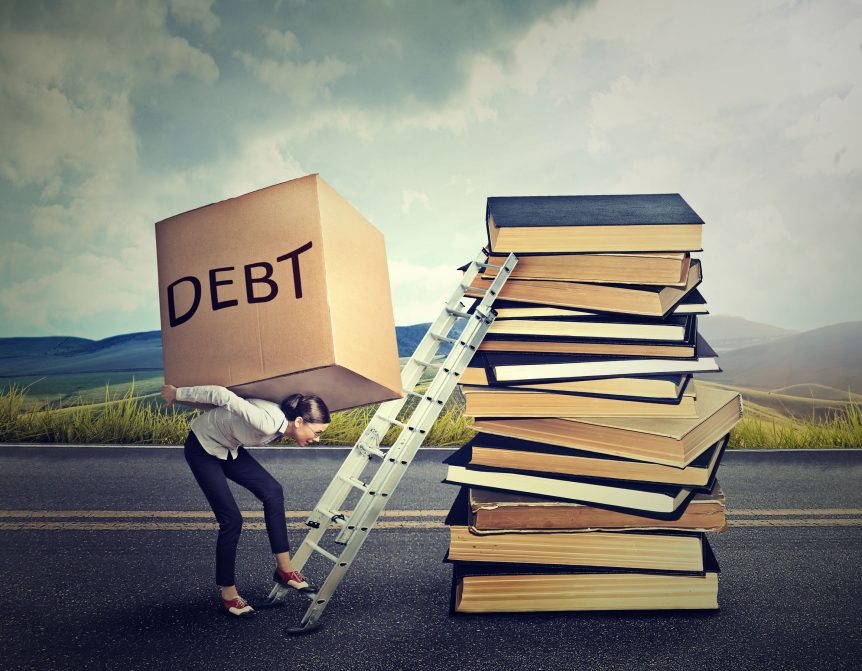 An argument erupted on Twitter after a December tweet by former presidential candidate Bernie Sanders wrote, “We’re going to cancel every penny of student debt, and we’re going to pay for it with a modest tax on Wall Street.”

Richard Thaler, a Nobel laureate and professor of behavioral science and economics at the University of Chicago, responded, saying “Because those who paid off their loans or worked while in school in order to borrow less are clearly less deserving. Logic.”

Looking at both comments raises an issue related to the student loan debt crisis: should those who borrowed for student loans be punished for years? In this case, it’s important to remember the context of the argument.

At one point, it was possible to work your way through college. A person might have worked summers or done some miscellaneous work during the school year to have some extra money.

But that was years ago when the cost of education was lower and a graduate could expect a first year’s salary out of college that was worth a third more than four years of tuition. Loans were a fraction of your first year’s salary and federal aid covered a much higher percentage of your education costs. This gave new graduates enough leverage to start their lives comfortably.

Because our graduates today face a much different landscape, we have to look at the financial and social context of student loan debt today before rejecting debt forgiveness.

College is expensive and requires a financial investment. Some students will drop out because they can’t afford a semester. They may tell themselves they’ll go back once they can afford to; the pressure of keeping up with academics, along with the financial stress, push many too far into the ground to recover.

And if a student chooses to work their way through college and avoid student loans, their academic performance likely suffers. A study from the Georgetown University Center on Education and the Workforce showed a negative effect on grades as a student’s working hours increase. For students working less than 15 hours a week, around 65% earn grades of at least a B. The students that need to work more, unfortunately, showed that around 60% who worked more than 15 hours a week, earn at most a C average. If a student is hoping to pursue advanced degrees, like a Masters or Ph.D., the lower grades could affect their ability to be accepted in their preferred programs.

Sadly, all the pressure from being employed during college often doesn’t have the return students need. According to the National Center for Education Statistics, the average cost for a four-year education, including room and board, is about $26,593. Weigh that against the average minimum wage of $7.25 and for a 20-hour work week, after taxes, a student could bring in a small $149.40 per week. That equals about $5,782 a year. While that could help cut the amount a student needs to borrow, it wouldn’t come close to covering the cost of a college education today.

Because of this disparity, about 60% of college students had to resort to loans in order to finance their education. And because the cost of a college education grows every year, there are increasing amounts of debt.

According to Student Loan Hero, the graduating class of 2018 each had an average of $29,800. That total includes federal and private loans. And it doesn’t just affect the students. Of that graduating class, about 14% of their parents had $35,600 in additional loans.

Unfortunately, the federal grants that many families used to rely on no longer cover the portion of a college education they previously did. Reportedly, a Pell grant in 1975 could cover more than two-thirds of college costs. However, that coverage was reduced by 27% by 2012, partly because the cost to go to college has grown eight times as fast as the average wages.

And it is this gap in the higher education system that is leading to a whole generation living with lifelong debt, just to better their lives. So, we have to ask whether universal student loan forgiveness would be beneficial to the majority. There may not be a clear answer now, but one thing is obvious: something needs to change and both sides have to come together to make that happen.